Line 61 mice show impaired motor coordination consistent with published data. As early as 6 weeks of age, Line 61 mice show a longer latency to reorient themselves a demonstration of lack of coordination (1A) reinforced by increased foot slips on the tapered beam (1B), decreased hang time in the wire hang test (1C) and overall, gait measures, and paw positioning differences are seen in the NeuroCube® system (1D). 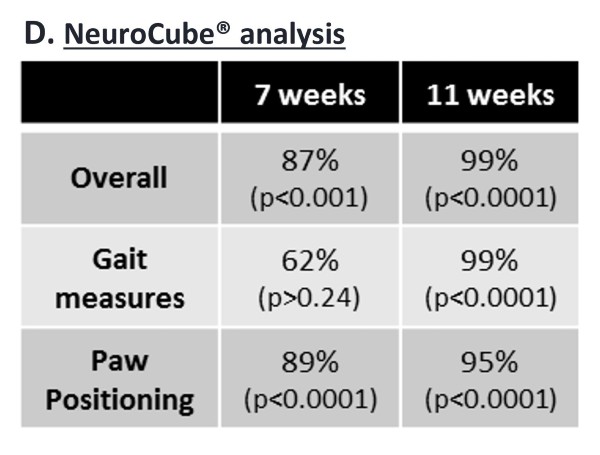 Figure 1: Latency to complete a full turn (or reorient itself) (A), number of forelimb and hindlimb foot slips (B) in the tapered beam test, latency to fall (C) from the wire hang test measured from two trials of 15 minutes apart. NeuroCube® output (D) characterizing high discrimination in paw positioning relatively to body core center at 7 weeks which worsens by a gait distortion as Line 61 aged. [*** P<0.05, Unpaired t-test]. 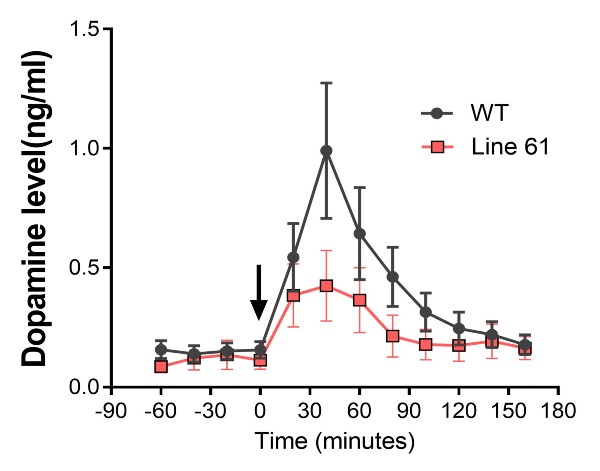 mEPSC frequency allows the analysis of presynaptic release or changes in the number of synapses, whereas changes in the amplitude translates to alterations in glutamate receptor function in the postsynaptic compartment.

Figure 3: Analysis of glutamatergic synaptic transmission of striatal SPNs in the dorsal striatum using whole-cell patch clamp electrophysiology in brain slices. Brain slices were prepared from Line 61 male mice at 2 and 6 months of age and mEPSCs were recorded (in the presence of 1αM tetrodotoxin and 40αM picrotoxin) (n=30-48 neurons from 6 mice per genotype). (A) Frequency of mEPSCs was significantly reduced in Line 61 mice as early as 2 months of age. (B) Amplitude of mEPSCs was slightly increased in Line 61 mice as a potential compensatory mechanism for reduced mEPSC frequency. (C) Corticostriatal release probability assessed by paired pulse stimulation of cortical afferents was unaltered. [*p<0.05]. 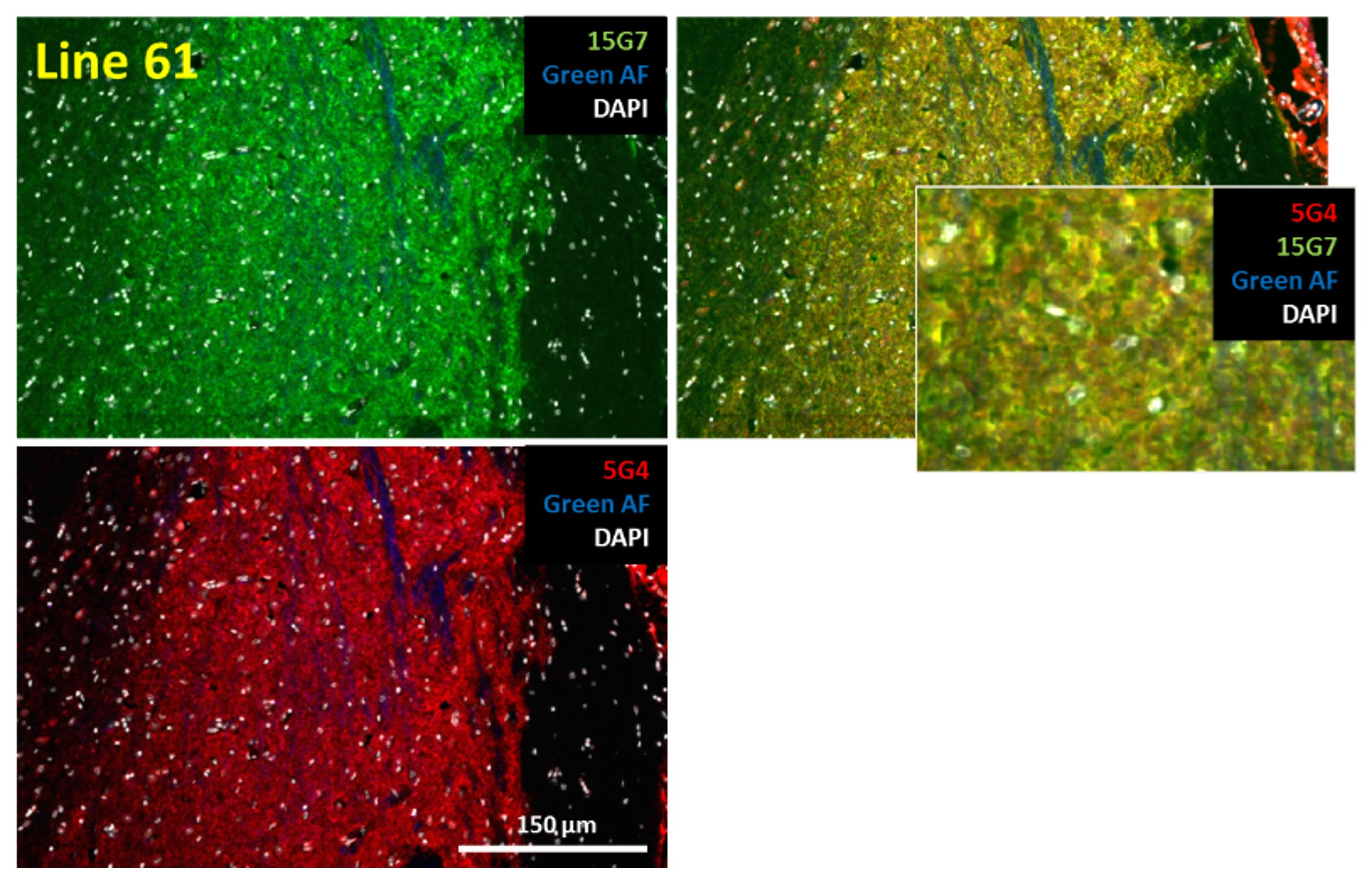 Figure 4: Detail showing the overlap of the two antibodies 15G7 and 5G4 in the substantia nigra (SN) of a 14-month-old Line 61 mouse. Note strong expression in the nigrostriatal path.